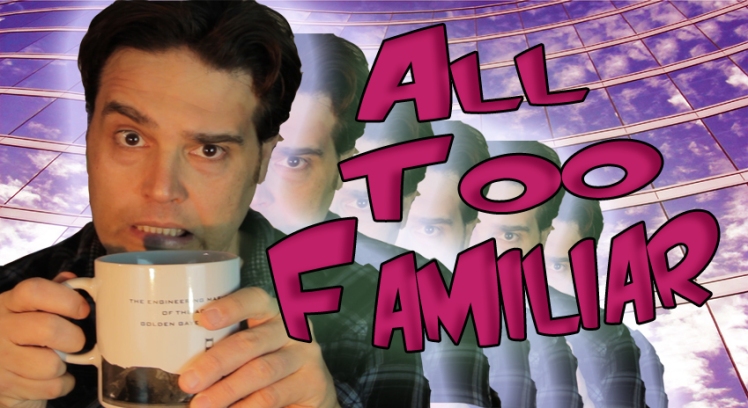 PART ONE OF TWO VIDEOS ON ORIGINALITY

I don’t know. It seems our culture has been lacking Originality. Don’t you think? It’s almost like nobody can come up with new ideas on their own anymore. And when they don’t then they sort of copy others. Huh. And like has Hollywood run out of ideas? Why do they keep rehashing old franchises, and sequels and prequels, and adaptations, parodies, reboots and spin-offs? Can we just dump the old way of thinking? [Flings garbage over] And yes, I know, even YouTube videos on this very topic of Originality are everything but that. But I digress.

And I wouldn’t be surprised if there’s another Superman remake in the works. If you’re going to do another Superman give it a twist; make him turn sinister — he’s sick and tired of saving humanity. It worked in the comics. Starring a Superman gone awol. Worked with Breaking Bad. Anyway, I’m losing track of all this rehashing of the rehashes. Well, Harry Potter is a new franchise. They’ll milk that one for years to come. Looks like TV has more originality these days. Oh, wait there’s the Doctor Who dust-off from the 60’s. Well that’s been rehashing and offspringing ever since. But for the most part I would say TV is chiming in on the originality bell.

I strive to be original — don’t we all? But at times it’s quite a difficult task with all the influence around us. Sometimes it’s subconscious. NO?